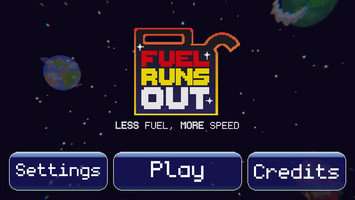 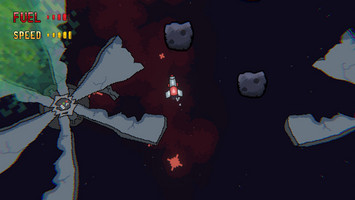 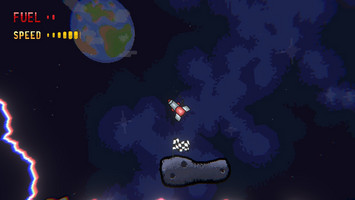 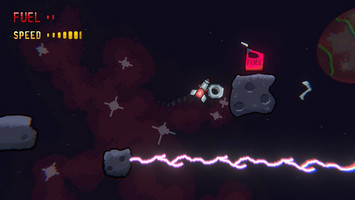 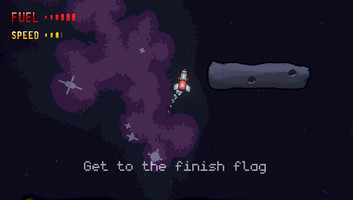 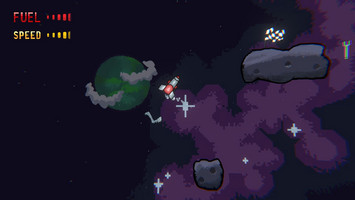 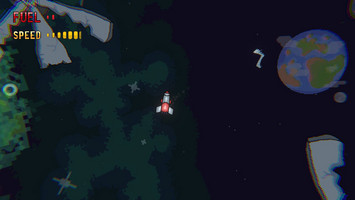 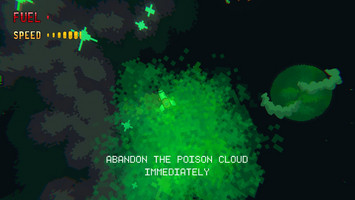 After Blackthornprod Game Jam # 3 voting week, the results have finally been released. I'm happy to tell you that Fuel Runs Out reached #28 overall and #13 in sound!

I have been receiving feedback from those who tested the game and developed a new version of the game that solves some problems of the one that was published for the gamejam.

One of the main reasons that the original game had only 7 levels was that I focused on developing good gameplay, which could be understood quickly and left a good feeling when it was finished. This way it could be fully evaluated, without losing the details of the final part of the game.

But now, the game already has 12 levels! In addition, previous levels were modified to adjust to the different difficulty modes. The new levels include some new obstacles and different ways to overcome them.

Speaking of difficulty ... Infernal mode is now even more infernal. If before 20% of fuel was lost per second, now that value reaches 30%. Do you dare to beat the full game in this mode?

A joke of the game was the "potato" quality level that changed practically nothing visually, just a few details of the post-processing. Now the potato quality is very, very potato. This means saving resources and a funniest experience.

Finally, I would like to thank all of you who have tried Fuel Runs Out and given me feedback. Although this is a small video game, it helps me strengthen my skills and my portfolio with finished video games.

Also, I want to thank Blackthornprod and his entire team for organizing this gamejam.

Get Fuel Runs Out

Reach to the finish flag before the fuel goes to zero!